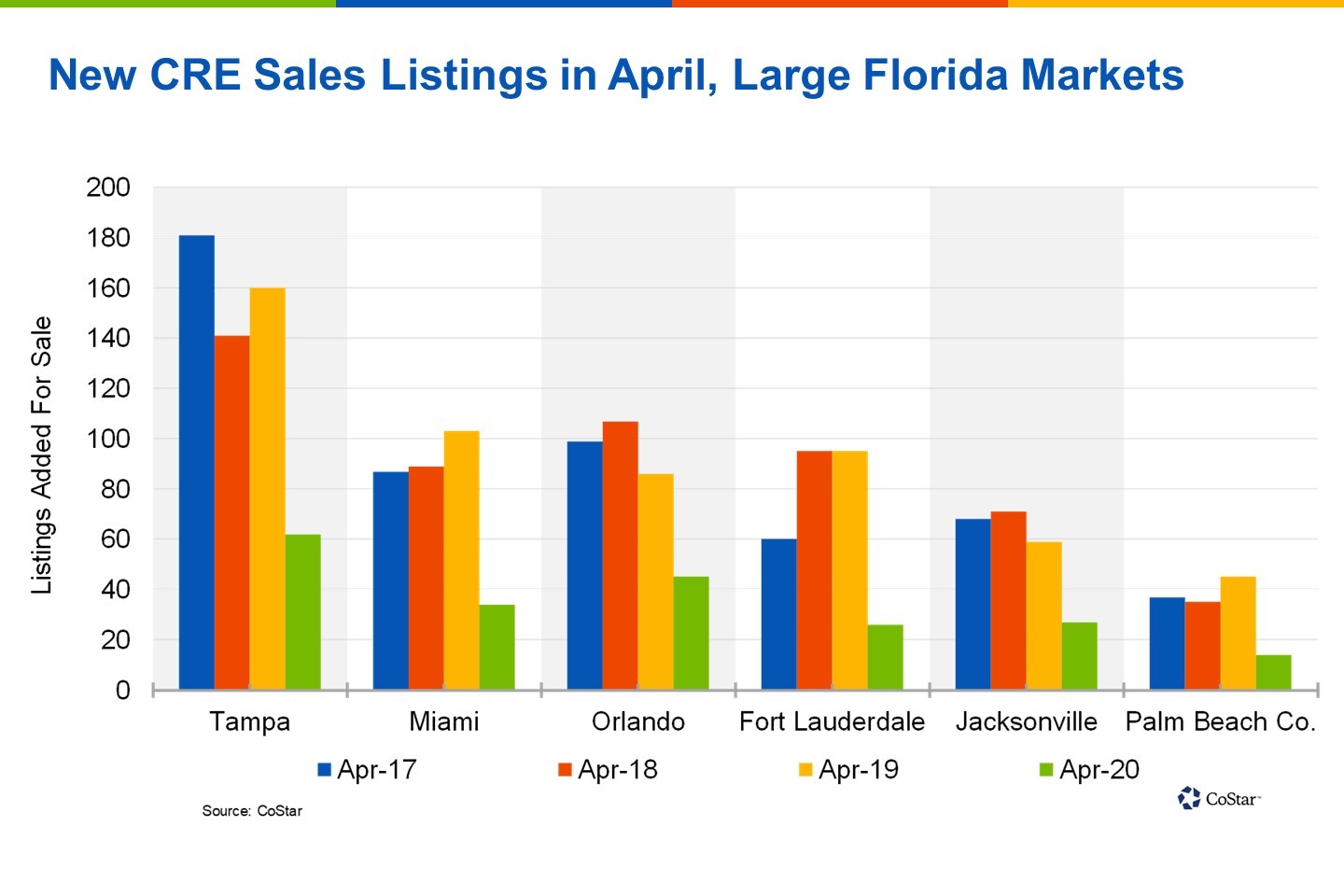 In each of the six largest Florida markets, the number of commercial properties newly listed for sale in April 2020 was less than half the monthly average from the previous three years.

South Florida markets have seen the most decline, with the steepest drop in Fort Lauderdale. In the three South Florida markets, the number of listings added in April was less than 40% of the average from 2017 to 2019. These three markets have been the hardest hit by the coronavirus, with Miami-Dade, Broward and Palm Beach leading the state in the number of confirmed COVID-19 cases.

While Orlando has seen the least decline from previous years, the number of listings added in April was just 46% of the average from 2017 to 2019.

In Orlando, as well as the Tampa and Jacksonville markets, the slowdown comes after years of elevated sales volume across commercial sectors. Commercial real estate sales volume hit record levels in each of these markets in 2019, after years of increasing liquidity and volume.

In Tampa, the number of new sales listings in April was down to less than 40% of the average, but it still had the most of any Florida market. Since 2017, the Tampa market established new annual sales volume records in the industrial, multifamily and office sectors. Those annual sales volumes were greatly lifted by Tampa’s increased liquidity, which drove market pricing to new heights across all property sectors, and market cap rates were consistently compressing to new record lows.

While Tampa listing volume fell off sharply in April 2020, that wave of momentum is still apparent. No other large Florida market saw as many listings added during the month, and Tampa witnessed nearly 40% more listings than Orlando, the next closest market on the list. Sales volume has also held up comparatively well in Tampa, and combined with the resilient listing totals, the market has provided optimism that Tampa could recapture some of that prior momentum rather quickly.

Across the markets of Miami, Fort Lauderdale, Palm Beach, Tampa, Orlando and Jacksonville, only about 200 total listings were added for sale last month. This indicates an anticipated decrease in sales volumes in the coming months.