Need a Tenant for a Vacant Storefront? Laundromat Developer Aims to Be There Long Term 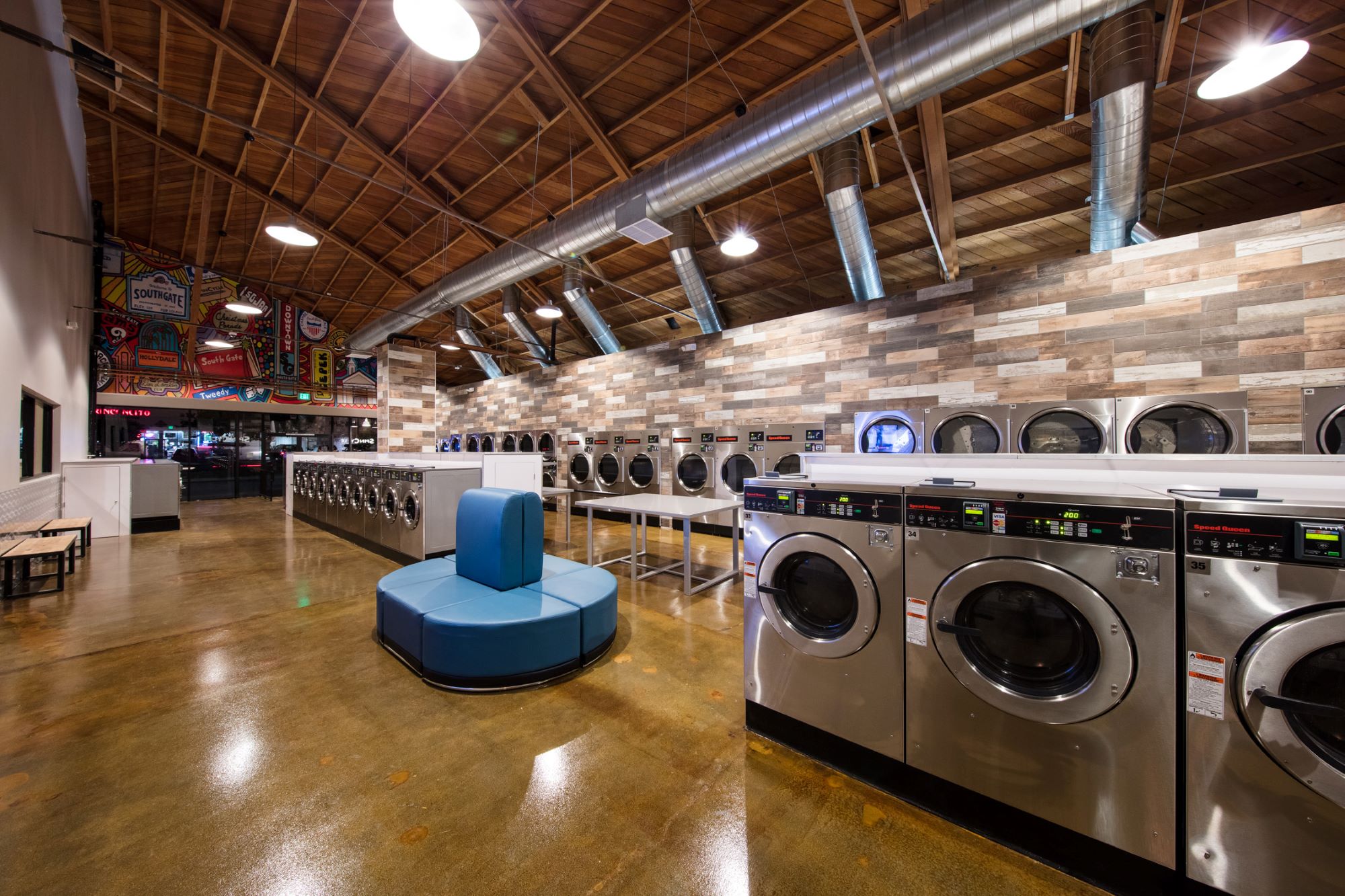 PWS Laundry facilities are not anything like they were in your grandmother’s days. The company wants to build or retrofit 30 to 50 sites in the next year. (PWS Laundry)

Here’s an idea to fill all those empty neighborhood restaurant and storefront properties: laundromats.

They’re people magnets, long-term tenants, recession-resistant, Amazon-resistant and — now we know — pandemic-resistant. Considered essential services, laundromats, like every other business, must follow social-distancing protocols, but have stayed open because people still have to wash their clothes and maybe more so when a highly contagious virus is present.

PWS Laundry, the largest U.S. laundromat developer, is looking to build or retrofit 30 to 50 sites across the country in the next year.

“We are great at taking over empty spaces and taking spaces other people don’t want, taking buildings that no one really knows what to do with,” said Brad Steinberg, co-president of Los Angeles-based PWS Laundry. And they’re trying to lure more business by shaking the cold, dull laundromat look of the 1950s and 1960s.

That updated appeal is one way to keep an edge in competing with national laundromat chains, including Speed Queen and Tide Cleaners, which is affiliated with Proctor & Gamble’s famous detergent brand.

Competition aside, one thing that all laundromat chains have in common is that they can be different from other retail businesses in looking for more space.

“I don’t know what other retail tenants out there are looking to go out and grow and expand right now,” he added.

To be clear, there are plenty of retailers expanding this year. Dollar General, 7-Eleven, Walmart, Ulta Beauty and Aldi are just a few examples of companies in growth mode.

But they can’t take all the space on the market. More than 40 other retail businesses so far have been forced to permanently close thousands of stores, file for bankruptcy protection or totally give back all the keys as the pandemic-induced quarantines killed sales for many nonessential retailers.

And many of those expanding chains are mostly big-box tenants that can’t always squeeze into a neighborhood shopping center or a small retail strip. With floor space of 2,500 square feet to 8,000 square feet, PWS Laundry sites can take over a vacant boutique, restaurant, even a former greeting card shop.

“We like everything — free standing, small strip center, large anchor space — it all works for us,” Steinberg said. He’s not big on lifestyle centers or large indoor malls, mostly because they’re tough for customers to navigate while lugging eight loads of laundry.

Many of the sites PWS Laundry has developed have been in grocery store-anchored shopping centers in family neighborhoods and areas with big apartments buildings, he said. And the bigger the families, the better.

“The average laundry room in an apartment building might have one washer and one dryer for every 10 units,” he said. “What happens when you’re a family of four or five or six living in one apartment? You go to a laundromat and you can knock out eight loads in 90 minutes, rather than close to nine hours.”

Laundromats can be vulnerable to changes in market dynamics, such as more apartments across the country gradually getting upgraded to have small washer-dryers in each rental unit. And lower interest rates can boost home ownership, which could mean fewer potential customers for laundromats if they are washing clothes at home.

PWS Laundry was the brainchild of three coin-laundry entrepreneurs in 1968. As might be expected, the PWS represents the initials of the last names of the founders: Morton Pollack, who’s been described as the pioneer of coin-laundry resale; John Wickham, an exclusive distributor of commercial laundry equipment; and Bernie Steinberg, who originated the Launderland turnkey coin laundries more than 50 years ago and is Brad Steinberg’s grandfather.

“I grew up in the business,” Brad Steinberg said, though he spent a number of years as an investment banker before joining the family firm 13 years ago. “As much as I loved banking, this was always my true calling.”

Steinberg said he’s looking to build speculative sites or rehabilitate older ones now because there is so much available in a retail industry that’s been knocked to its knees in recent years and particularly as a repercussion of the pandemic.

He’s got plenty of room for growth, he said. “The phone is ringing off the hook,” he said, noting he logs more than 350 qualified leads every month.

“People want to get in this business for sure,” he added. “We don’t have enough product to sell them. That’s the issue that’s been a constant.”

He said it costs about $1 million to build out a laundromat, including equipment, and that the larger sites will drive 2,500 customers each month, 500 of whom are new. The larger stores will gross anywhere from $40,000 to $60,000 a month, he said.

He typically purchases properties and sells them after build-out or takes on 10-year base leases with three- to five-year options and landlord help with tenant improvements rather than reduced rent.

His firm's biggest appeal to landlords? Laundromats typically have more than a 30-year lifespan in one location.

“How much is stability worth? These sites do not go out of business generally speaking,” he said.