Stores Can Be Key to Making E-commerce Profitable, Executives Say 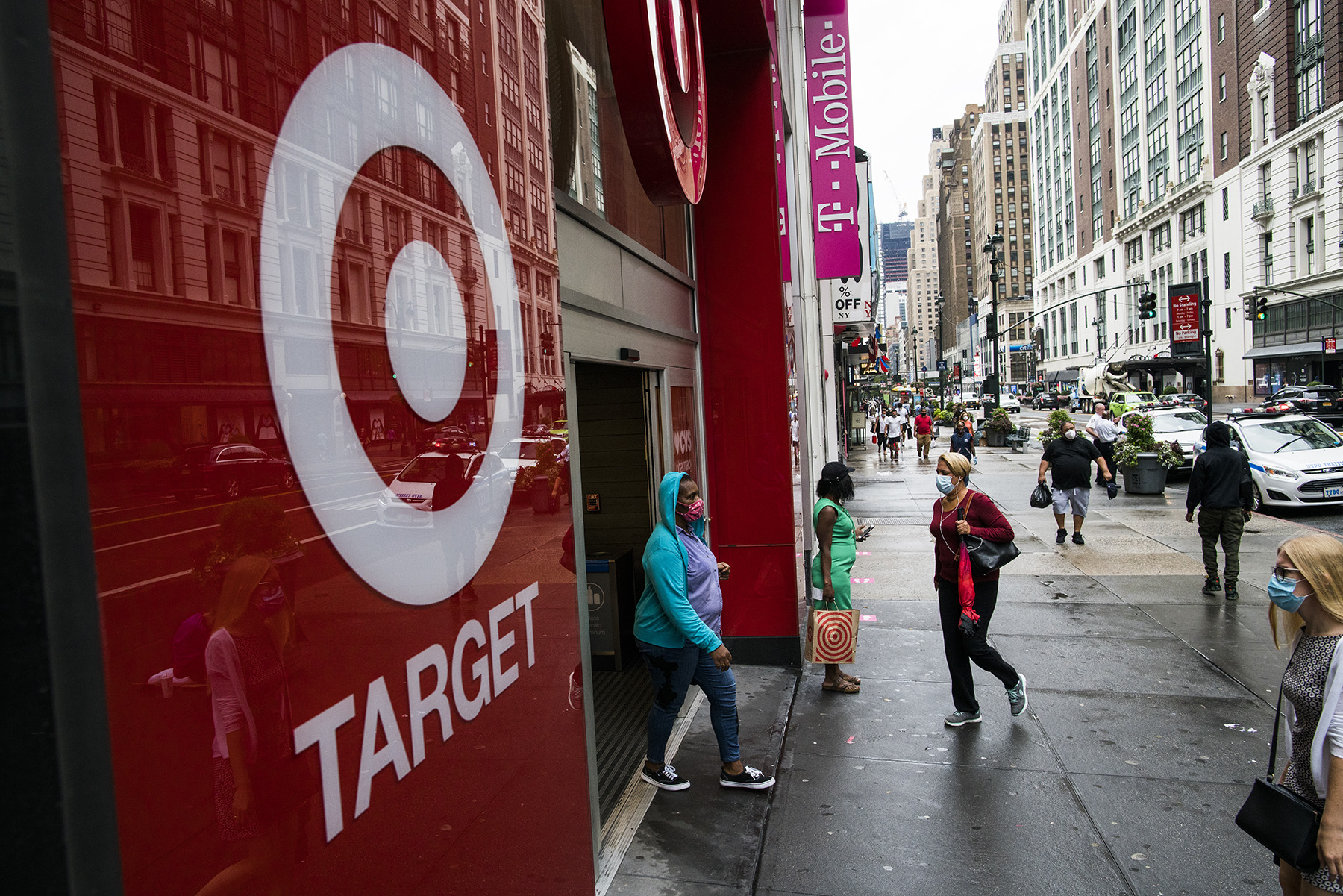 Target had a strong quarter that was tied to its use of real estate. (Getty Images)

One simple truth is emerging from the earnings reports of retail giants Walmart and Target: E-commerce, though essential to a retailer's survival, can be more effective with brick-and-mortar stores to support it.

Both Minneapolis-based Target Corp. and Bentonville, Arkansas' Walmart Inc. are in an all-out battle with each other for supremacy of selling in multiple ways, from browsing store shelves or using apps to request goods delivered to doorsteps or internet orders with pickups outside the store. This past quarter, Target had higher sales growth and better profits than its competitor, and executives there said a big ingredient in its success is its fleet of 1,871 stores, which it is making do double duty as fulfillment hubs for the company.

That may seem strange in an era when so many other retailers are going out of business and e-commerce is gaining ground in the pandemic. Nevertheless, in a conclusion that could mean more need for carefully used retail real estate, analysts say the two chains' strategic deployment of bricks and mortar properties gives Target and Walmart a boost.

"It's give them a big edge over Amazon," David Greensfelder, the managing principal of Greensfelder Real Estate Strategy in Albany, California, told CoStar News. Target and Walmart are both "able to offer customers a multitude of ways to acquire goods, as well as shop for them. And part of that flexibility comes from being able to control their real estate."

Even before the pandemic, Target and Walmart were increasing their in-store pickup services for products bought online as demand for e-commerce increased. The two retailers were among the retailers declared essential and allowed to remain open in states and counties that issued stay-at-home orders during the pandemic. And demand soared for their in-store and drive-up pick-up and local delivery services that are largely contactless.

Demand for those services extended through the second quarter. Target reported that 90% of purchases made last quarter involved a physical store in some capacity including pick-up or delivery, which largely comes at a lower cost than packaging and shipping products from warehouses.

Having a network of retail locations is a pretty good means of minimizing the "last mile problem," the high and somewhat unpredictable costs associated with e-commerce delivery, said Matt Holmes, principal of the Sausalito, California-based real estate and roll out consulting firm, in an interview.

For now, physical, consumer-facing locations are a necessity, even as e-commerce grows, the two said. But real estate alone, though, does not explain Target's success, as Walmart demonstrated.

Walmart's earnings were very good but did not reach the heights that Target's did, even though Walmart has more than twice the number of physical locations in the United States. By its most recent count, Walmart had about 4,800 stores bearing its name and 599 Sam's Club locations. And by company executives' own accounting its e-commerce operation is still a drag, not an add, to its profits, even though customer adoption is exploding.

Part of the difference perhaps lies in recent shake ups at Walmart's headquarters as it tries to integrate its digital business into its existing real-life retail network. In May, Walmart put the kibosh on its primary e-commerce platform, Jet.com, which was billed as a rival to Amazon when Walmart acquired it for $3.3 billion in 2016.

The company combined its Jet.com team and its Walmart e-commerce staff, and simultaneously had to integrate its online and real-life merchandising workforce. These growing pains have resulted in $380 million in restructuring costs for Walmart's last quarter, and there are reports of large layoffs at its corporate headquarters as well.

The process of pulling the disparate sides of the business together is now complete, Doug McMillon, Walmart's president and CEO, said in an earnings call this week.

"The stores and online merchant teams are now integrated, and we believe we will benefit from that change going forward," McMillon said. "The improvements in contribution profit and reduced operating losses are really good to see."

Another facet could be that Walmart has not quite so strongly embraced Target's e-commerce philosophy of strategic store use. It can be shortly summed up as "when possible, make them come to you."

"As our same-day options [like pick-up and curbside service] continue to grow faster than overall digital growth, average unit costs go down because these options are much less costly compared with shipping to home," Target Vice President of Investor Relations John Hulbert said on the company's Wednesday earnings call. "Some of this leverage is more subtle than conventional fixed-cost leverage."

He said, for example, that when a store's drive-up pickup order volume increases, workers are able to assemble multiple orders together and to deliver multiple orders to the parking lot, gaining efficiency and cost-savings in the process.

Taking all these factors together, Hulbert said, Target's second-quarter average unit costs for digital fulfillment were about 30% lower than in 2019.

"This provided a significant offset to the cost pressure we would otherwise be seeing from our unusually high rate of digital sales growth," Hulbert concluded.

In any case, like its rival Amazon, in the next year Target is going on a building spree of its own.

Though it took a break on physical expansion after opening three new store locations in March, Target is once again ramping up new store construction activity, and is on track to open up to 27 more stores this year. Nine are planned to open this month with an additional 16 to 18 will debut in October.

How much these news stores will resemble traditional retailing is an open question, however. Holmes said "stores" will still be important, but he expects their look and feel is going to change dramatically as e-commerce adoption rates rise.

"Here's what I think will be the next shoe to drop: You're going to walk into a 'store' and push a button or scan your phone [to pick out your purchase], then come back in two days to pick it up, boxed and packed," Holmes said on Thursday.